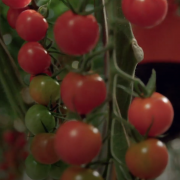 During the Autonomous Greenhouse Challenge, international teams conducted an experiment to remotely grow a cherry tomato crop during a period of six months, in a WUR greenhouse in the Netherlands. The goal was to maximize net profit by increasing yield and fruit quality and therefore income, and limiting resource use and therefore costs. Each team had a greenhouse compartment equipped with standard actuators and sensors (heating, ventilation, screening, artificial lighting, fogging, CO2 supply, irrigation); teams added a variety of their own sensors to monitor the crop. Climate and irrigation control setpoints and crop pruning strategies were remotely determined by teams by AI algorithms.

Today, in a webinar hosted by GreenTech, the winning team was announced, and the organizers gave an analysis of the results.

After an introduction by moderator Tom Freyberg and host Mariska Dreschler, who welcomed the more than 500 audience members, it was time for David Wallerstein, CXO of Tencent, to deliver his keynote on global food challenges and the role of technology.

According to David, AI in greenhouses is a real gamechanger, opening up a whole new universe of food production. “We have demonstrated the power of AI in growing food”, he says, highlighting the fact that the challenge tested the power of AI through a pandemic.

For the future, David hopes to see more data on other crop types, apart from cucumbers and tomatoes, to see if the boundaries can be pushed there as well. What’s sure is that AI in greenhouse horticulture will have, according to David, a positive ecological impact, with more food production moving to greenhouses, leading to less use of water and land. As AI can manage larger greenhouses, they will be able to scale up even more.

The question that remains is how to commercialize AI. “This is a major opportunity for the greenhouse industry, saving resources and driving profits. The question is what business model to use: a subscription, a price per hectare, bundling in the sensors?” David concluded his keynote by encouraging the horticultural community to explore this question. 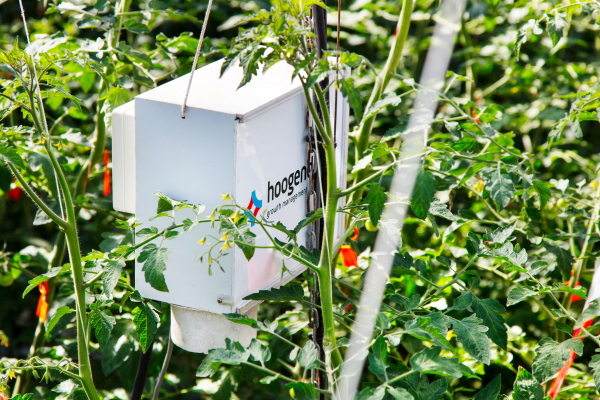 Looking more closely at the results, the teams had varying climate strategies, resulting in a similar total production, but different use of resources such as energy, CO2, water and nutrients, when it comes to sustainability.

The teams had different strategies when it comes to cultivation. For instance, the green team raised the temperature to 30 degrees Celsius at some point, while the orange team focused on keeping CO2 concentration high.

Furthermore, Silke says that crop management strategy is the key element for high (and high-quality) production. “This was also seen in the previous challenge, where in autumn lighting was also important, but this year the teams had already learned that.”

The second Autonomous Greenhouse Challenge yielded more valuable insights on how autonomous cultivation might develop. According to Silke, objective data is needed on all aspects of crop production. “What sensors are needed to measure everything? A lack of data is often a problem, limiting development of AI algorithms and thus the autonomous greenhouse.”

The interpretation of said data is also important for autonomous cultivation. “What does a signal mean that comes out of a sensor? Will we see fully autonomous decision by AI in the future? Or by human experts in the short term?”

What the challenge has shown, is that it’s possible to grow vegetables remotely. “In times of COVID-19, this offers a lot of opportunities. All decisions can be taken autonomously and remotely. However, people are still needed in the greenhouse for crop operations, like tying up and harvesting, and for maintenance on sensors and installations where needed. More developments are needed here to have robots cooperate with people, which definitely calls for more research in the future.” 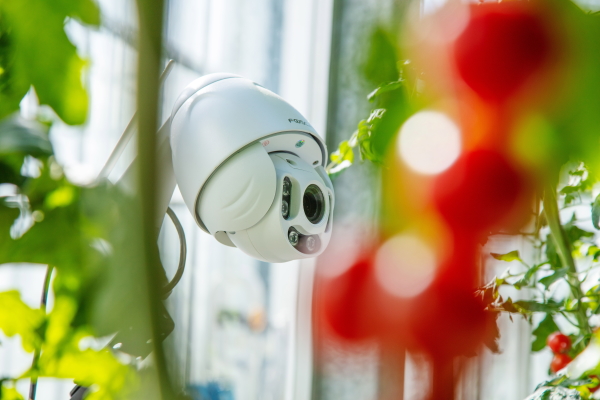 Klaas noted that his team had more time to prepare than in the first challenge, when a lot of human attention was needed for monitoring. “Now everything was more automated, and more relaxed – perhaps even too relaxed!”

Zao and her team had also participated in last year’s challenge, when they used home-made sensors. This year, they made more use of ready-to-use sensors available in the market, to give more insight in plant growth, for instance by measuring the weight of the whole plant.

For Leonard and his team, the main thing was not to make one big system that “spits out all the right things at once”. In other words, team AuTomatoes didn’t try to mimic a grower, but instead they objectified and quantified what a grower needs, splitting that up into blocks. “Then you can choose the appropriate AI for each of those blocks, and then build something that works from that.” 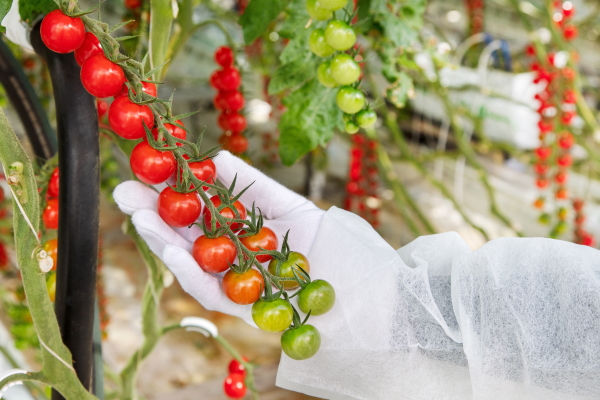 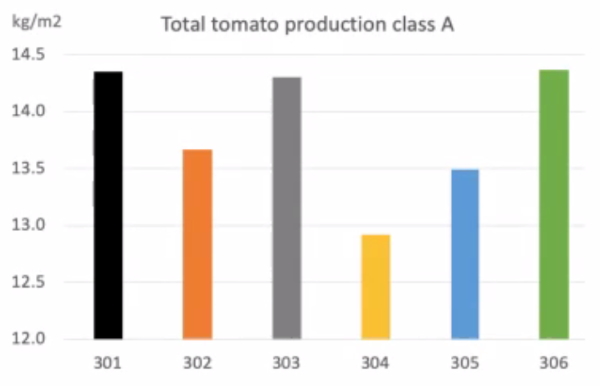 As we’ve seen before, the blue team emphasized high EC values in their irrigation strategy, which also led to a higher Brix value. 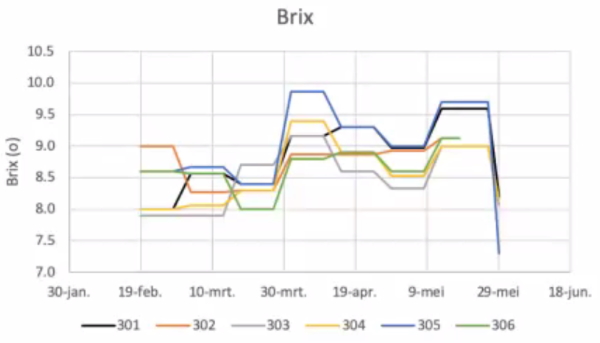 This in turn contributed to a higher profit, but before looking at that aspect of the score, let’s first take a look at sustainability, which accounted for 20% of the total score for the teams. As seen in the graph below, the green and orange teams used the least resources, while the reference growers, who did have high production, also used the highest amount of resources to get there.

The final (and most important) aspect of the score, accounting for 50% of the points awarded, was net profit. Here, the green and orange teams really stood out, and again, all AI teams outperformed the reference growers: 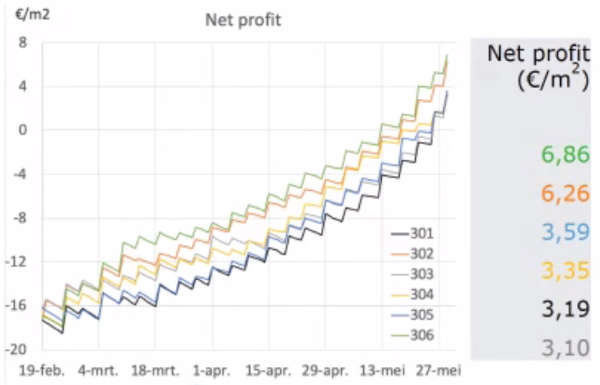 And the winner is…
At the end of the webinar, it was time for the moment all teams had been eagerly awaiting: judge Leo Marcelis announced the winner of the second Autonomous Greenhouse Challenge. Before the drum roll moment, Leo took some time to commend all the teams, saying that “they’re all winners”. 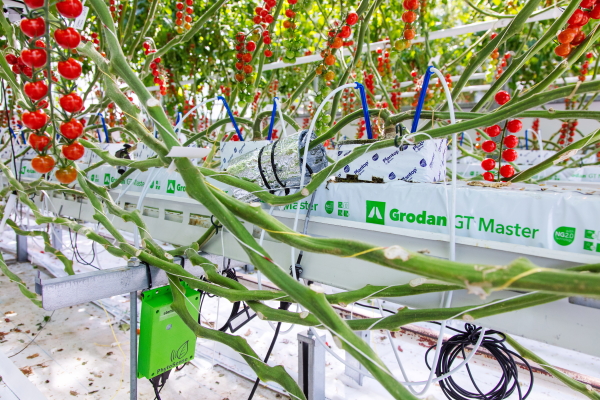 IUA.CAAS was complimented on using crowdsourcing to boost innovation, and making knowledge graphs to structure data and knowledge. DIGILOG showed, according to the judges, the best scientific effort to explore the various options of AI, using many different AI approaches while also looking at the limitations of AI. The Automators, with their “do or die” motto, shared a realistic step by step approach to AI, with the role of humans gradually declining; insights that they are already implementing at growers (read more about how The Automators approached the challenge in this 30MHz blog). AuTomatoes analyzed data from the previous year; developed a robust system with failure mode analysis and provided well applicable solutions for all over the world. Finally, AiCU used an open source approach, and the jury praised the simplicity in the algorithms, emphasizing long term strategy over the short term.

But of course ultimately there can be only one winner. With the team captains raising their glasses (a good excuse for a champagne breakfast!), Leo announced the winning team with a drum roll… AuTomatoes, a team consisting of employees, researchers and students from Van der Hoeven Horticultural Projects, TU Delft, Keygene, Hoogendoorn Growth Management. 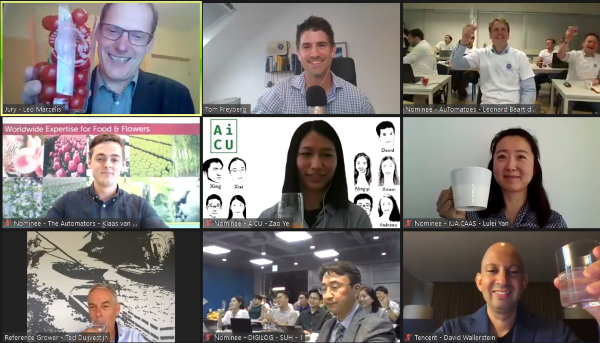 Raising a glass to the winning team. Team AuTomatoes can be seen in the top right corner.

Leonard, team captain of team AuTomatoes and R&D engineer at Van der Hoeven, says they’re excited to have made it, and shares that the journey doesn’t stop here for them. “We’re already doing fundamental research, and we’ll be doing trials in the real world using this approach”, he says, adding that innovative and challenging projects suit Van der Hoeven well. “We have taken a huge step in the right direction and with the knowledge we have obtained, we can optimize our crop consultancy through the use of data.”

The Challenge took Hoogendoorn consultant Rene Beerkens back to his roots: “I am a grower’s son. Although I have been working in greenhouse automation for 20 years now, supporting growers worldwide to grow their plants in an optimal way is still my passion. The Challenge made me realize again what a grower is dealing with day and night. And I loved doing it. It was great to translate all our latest research and knowledge into automated algorithms and to monitor the progress of our applied strategy on our crop just by numbers and images. It really enabled us to accomplish things that weren’t possible 10 years ago, all because of technology development.”

The Challenge made Hoogendoorn data analyst Evripidis Papadopoulos feel more confident about his algorithm development. “It was a great, intense Challenge during which we as a team performed at our best. In the beginning I was not sure if the algorithms we created were going to work. However, after a certain time our algorithms were performing perfectly, which gave us a lot of energy to keep working on creating new algorithms and finding the details. At the end, our plan worked and resulted in Team AuTomatoes winning the Autonomous Greenhouse Challenge. The jury saying that our AI strategy could be used in practice, was a great confirmation. Not just for me, but for the whole team. I was already convinced it was possible, and then the jury confirmed that our strategy is applicable worldwide. I learned a lot! One of the most important things for me was that I found out what a grower needs to check daily in order to make his greenhouse function properly. I pay full respect to them. This is the reason why I will keep innovating to make their life easier by our data driven growing approach.”

That wraps things up for the second Autonomous Greenhouse Challenge. For now, Silke and the teams are happy it’s over. “It was a lot of fun to do, but also a lot of work.”

Still, there may be a third edition of the challenge, if enough sponsors can be found. For now, though, let’s see what the insights from this challenge will bring to the real world. As Leo puts it: “The use of knowledge and AI can now outcompete the grower. It’s the beginning of a new era, but the grower will still be needed.”